Hemingway and the Dude Ranches of Wyoming 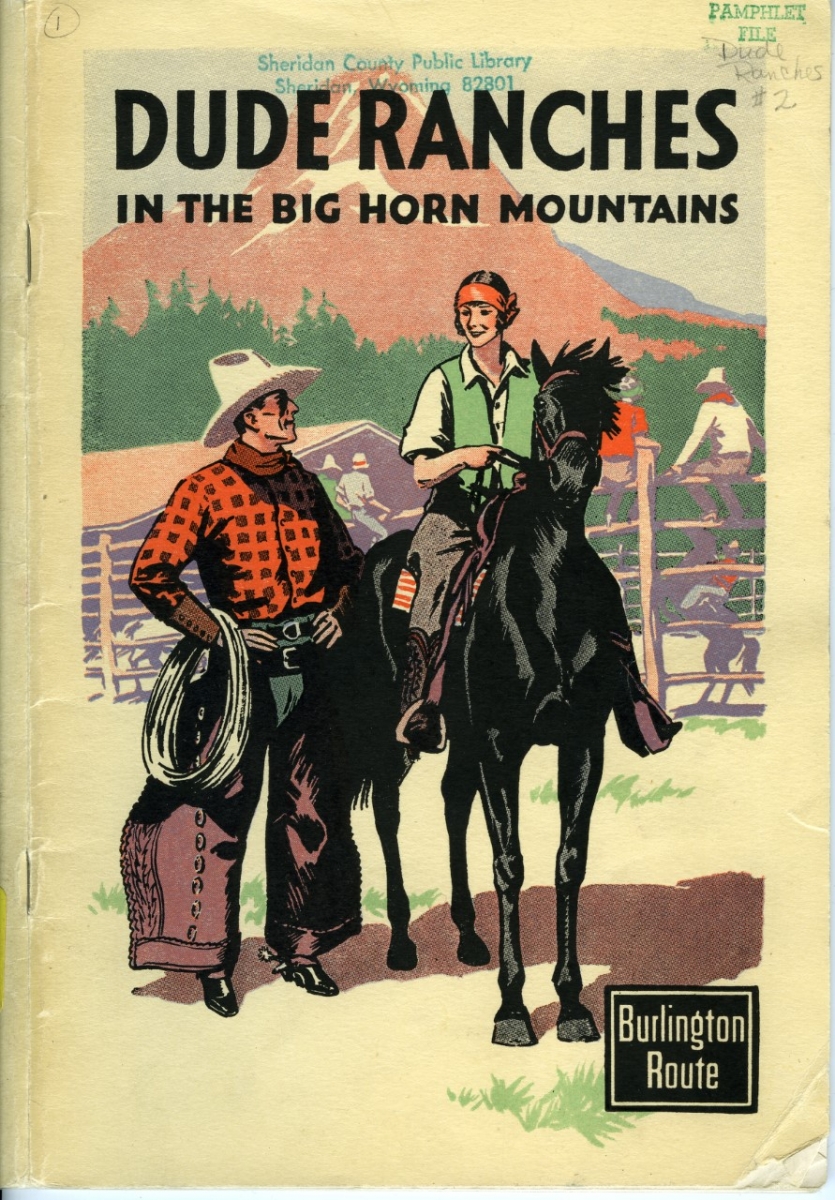 In the summer of 1928, Ernest Hemingway had planned to go fishing in Idaho on his first trip West--but his friend Bill Horne invited him to a dude ranch in northeast Wyoming’s Bighorn Mountains and Ernest changed his mind. He wasn’t fond of dude ranches—he felt they were simply an extension of the Social Register, entertainment for wealthy East Coast families. But he looked forward to spending time with his old friend Bill Horne, so he put those feelings aside, knowing that as long as there were trout streams and a quiet place to work, he’d be happy. The two men drove through Wyoming’s sagebrush covered plains, then up a treacherous red dirt road to reach their destination, Folly Ranch.

The area surrounding Sheridan, Wyoming, was the perfect landscape for dude ranches—the first was started by the Eaton brothers in the Dakota Badlands in the 1880s, and the brothers later moved their infamous operation to Wolf, Wyoming, just 30 miles from Sheridan. Other ranchers saw the opportunity to add to their livestock income by hosting guests in the summer,  and a number of dude ranches sprang up; on Red Grade Road alone there were three—Folly, Teepee and Spear-O-Wigwam—not to mention more in the valley below. Many of the ranches were popular because of Sheridan’s proximity to Yellowstone National Park; in addition to the cowboy experience, they offered excursions to country’s first National Park.

The Burlington Northern Railroad created a campaign to encourage visits from metropolitan areas to visit dude ranches in the West via passenger rail service. Sheridan was one of the lucky towns on the Burlington Northern line, and guests could conveniently arrive by train departing at Sheridan’s Depot. It was located across from the Sheridan Inn with a wide porch where Ernest sat writing letters as he awaited Pauline’s train, three hours late, when she came to meet him in August.

All dude ranches were similar in organization. Guests stayed in cabins and ate communal meals in a dining hall; activities included riding horses and fishing; evenings were often spent with other guests playing games or singing around a piano. As much as Bill Horne enjoyed the experience of Folly Ranch with its other guests, Ernest found it too noisy to work there. After Pauline joined him, they moved to Spear-o-Wigwam just up the road from Folly where he finished the draft of A Farewell to Arms.

At the end of the 1928 trip to Wyoming, Ernest wrote to his editor Maxwell Perkins and said the only thing he didn’t like about this country were dude ranches, dreadful places. However, when he and Pauline returned to Wyoming again in 1930, they explored a different part of the state near the Northwest corner along Yellowstone’s border and once again stayed at a dude ranch, the L Bar T dude ranch. Ernest felt that the Sheridan was too settled; he wanted to go someplace with fewer people and where no one would recognize him, and the L Bar T with its remote location proved to be just what he wanted. This ranch became his home away from home on summer trips to Wyoming through 1939.

Darla Worden is editor in chief/vice president of Mountain Living and Colorado Homes & Lifestyles magazines, and founder/director of the Left Bank Writers Retreat in Paris.. A Wyoming native and life-long Ernest Hemingway fan, Worden discovered that the author spent summers from 1928 to 1939 in her home state. Her book, Cockeyed Happy:  Ernest Hemingway’s Wyoming Summers with Pauline, shows Wyoming as an influential place in Hemingway’s life just as Paris, Africa, Cuba, Key West and Sun Valley have anchored past works.